The origins of the school date back to the 19th century when Reverend Woolley (the vicar of All Saints') gave land for the education of children in Matlock Bank. You can view the founding document below, dated from the 14th May 1875. 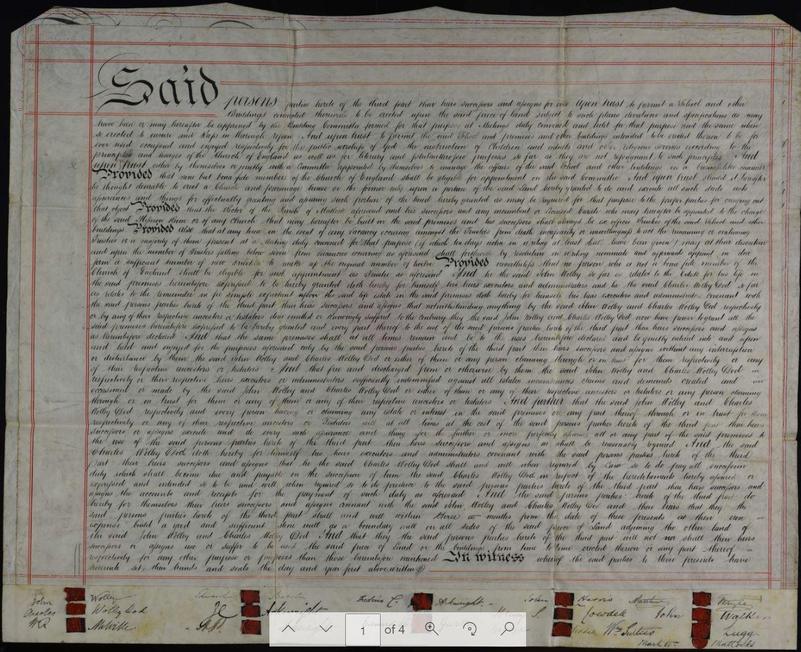 All Saints' School was built during the year and the current Infant hall school building, with its distinctive bell tower, was built on the triangular plot of land which Reverend Woolley donated.

When All Saints' school opened for children, on the 20th September 1875, we welcomed 68 children. Our first head teacher (or head mistress) was Mrs. Manifold. You can see the first entries from the 'log book' below. 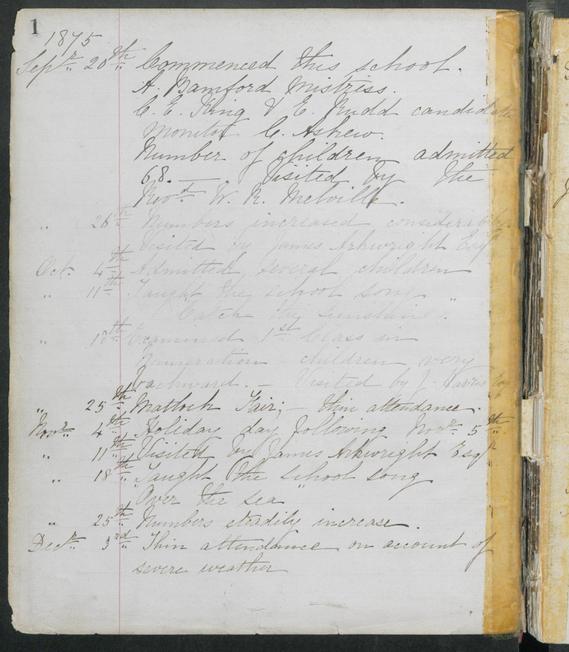 Derbyshire Records Office has lots of photos and information from All Saints' School. We particularly like this photo, from circa 1900, which shows the staff. 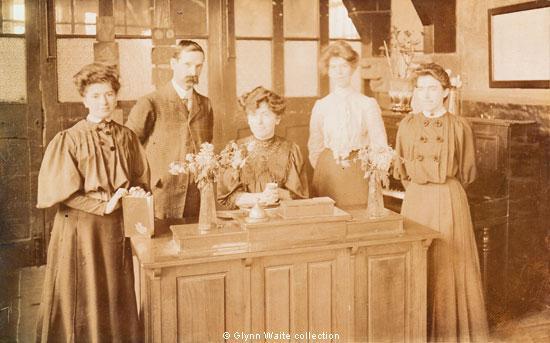 Over time, as the numbers of children grew, All Saints' school needed more space. Eventually, All Saints' opened the Junior site with the younger Infant children learning in the original school which Reverend Woolley helped to establish back in May 1875.